The Northwestern Knight Lab has recently opened a new space on campus dubbed the Device Lab. Located on the first floor of Fisk Hall, the lab is a playground for anyone at Northwestern interested in experiencing and experimenting with the new technologies now available that are actively shaping the future of storytelling. More than that, it also offers a communal space for those interested in technology or journalism to congregate and learn from each other within the worlds of tech and media. 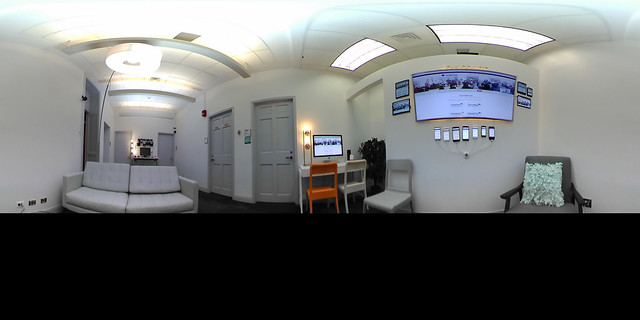 Equipment currently available for use includes:

In addition, the Device Lab is also home to a dedicated podcast studio and drones, which are available to reserve. See the official page on the Knight Lab site for the full list and details.

Funding for the lab was provided through Professor Owen Youngman, Knight Chair in Digital Media Strategy, and through Knight Foundation’s founding grant for the Knight Lab. Due to the rapid change associated with this new world of technology, Prof. Youngman is providing additional funds on a yearly basis to update the devices and technologies as they change and as their capabilities improve. The goal is to “provide students with an opportunity to experiment with new technologies not just in a classroom setting as students, but in a real-world environment as consumers of news and media. It’s important that they learn how users and audiences will interact with the work that they produce in the future,” according to Prof. Youngman.

Michael Martinez, a student fellow at the Knight Lab, further explains the Device Lab’s benefit: “The lab is primarily a learning environment for beginners, but it’s also empowering the more experienced users to try these new technologies before making a financial commitment by purchasing one. For students in particular, the benefit the Device Lab provides is the ability to prototype pioneering applications that are too expensive to independently develop in an effective way.”